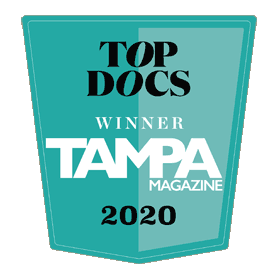 In May, Tampa Magazines sent surveys to more than 9,000 physicians practicing in Hillsborough, Pinellas and Pasco counties asking them to nominate the peers they believe stand out from the rest. Tampa Bay physicians chose 273 of their peers from 67 practice areas as this year’s Top Doctors.

“Our annual Top Doctors edition has become so popular that we expanded it to include all four of our publications —TAMPA Magazine, South Tampa Magazine, TAMPA Downtown Magazine and TAMPA Digest Magazine for a total circulation of 80,000,” says Shawna Wiggs, group publisher of Tampa Magazines. “You never know when you may find yourself in need of a new physician. This list is a valuable resource that readers consult all year long when they find themselves in need of medical guidance and treatment.”

If you are a visitor with a disability, please contact us if you need assistance.
© 2023 Ernesto J Ruas MD , Inc | All Rights Reserved. | Blog | Sitemap